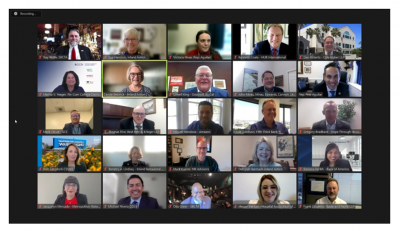 On March 8 and 9, 2022, Inland Action held virtual Federal Advocacy Days. Meetings were held with the members of Congress who serve the Inland Empire and with both Senator Feinstein and Senator Padilla’s staff members. The photo above was taken during our meeting with Congressman Pete Aguilar. Legislative priorities presented in this year’s Platform included:

The entire platform can be viewed on our website homepage.